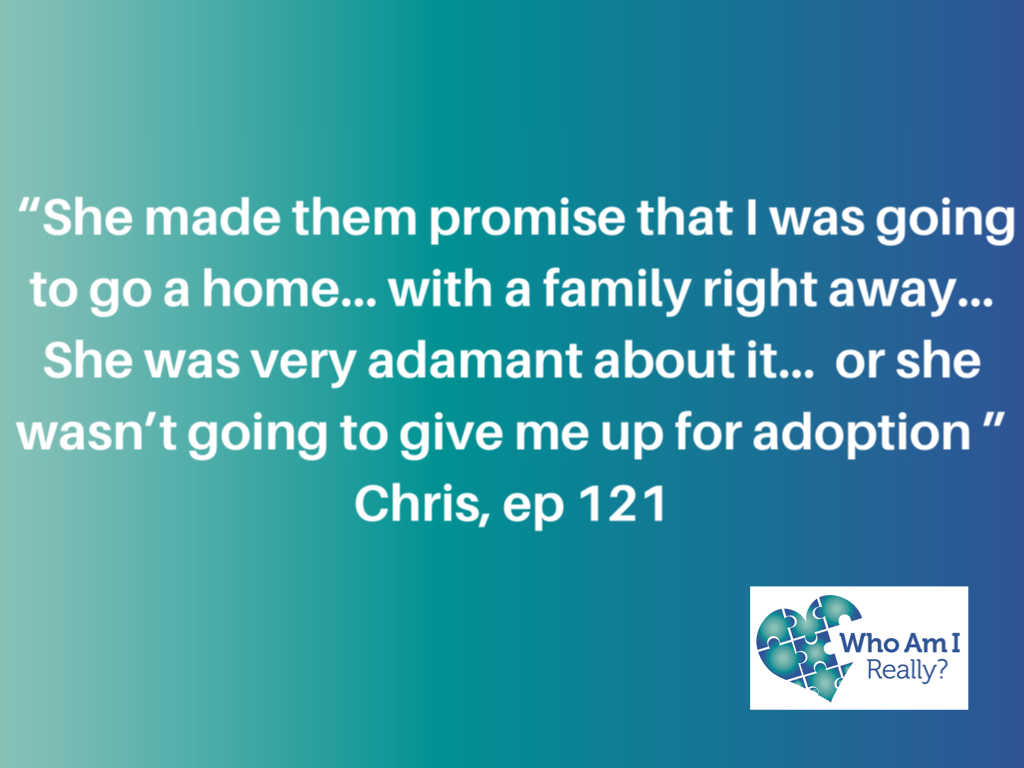 Chris lives in Northern California outside of San Francisco. He shares how he selflessly discovered his adopted brother’s birth mother just in time for them to meet. Chris said he was thankful that at least one of the two brothers had completed their search. When Chris told his parents he launched his own search it created animosity between them that they’ve worked hard to get over. After finding a birth mother match through DNA testing, Chris has connected with a loving family that has wondered about him for years. This is Chris’s journey.