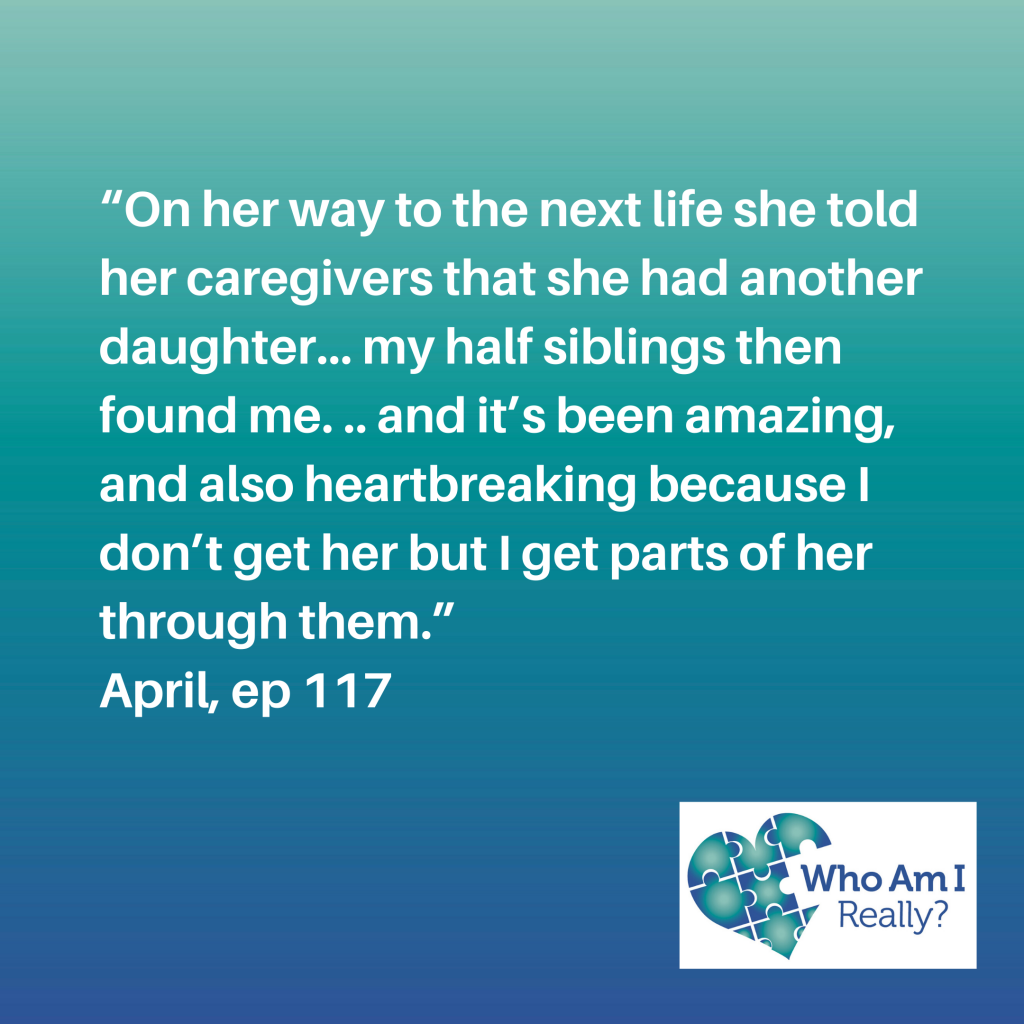 April called me from New York, New York, but her story originated in New England. She is a transracial adoptee whose search took her to a quintessential New England town and the connection to her birth mother’s former home which put April and the woman on the phone that night. But the pain of April’s conception was too much, so the pair never connected. Now April holds out hope that one day she’ll know the man with whom she shares DNA. Until then she maintains a strong foundation in her own identity. This is April’s journey.